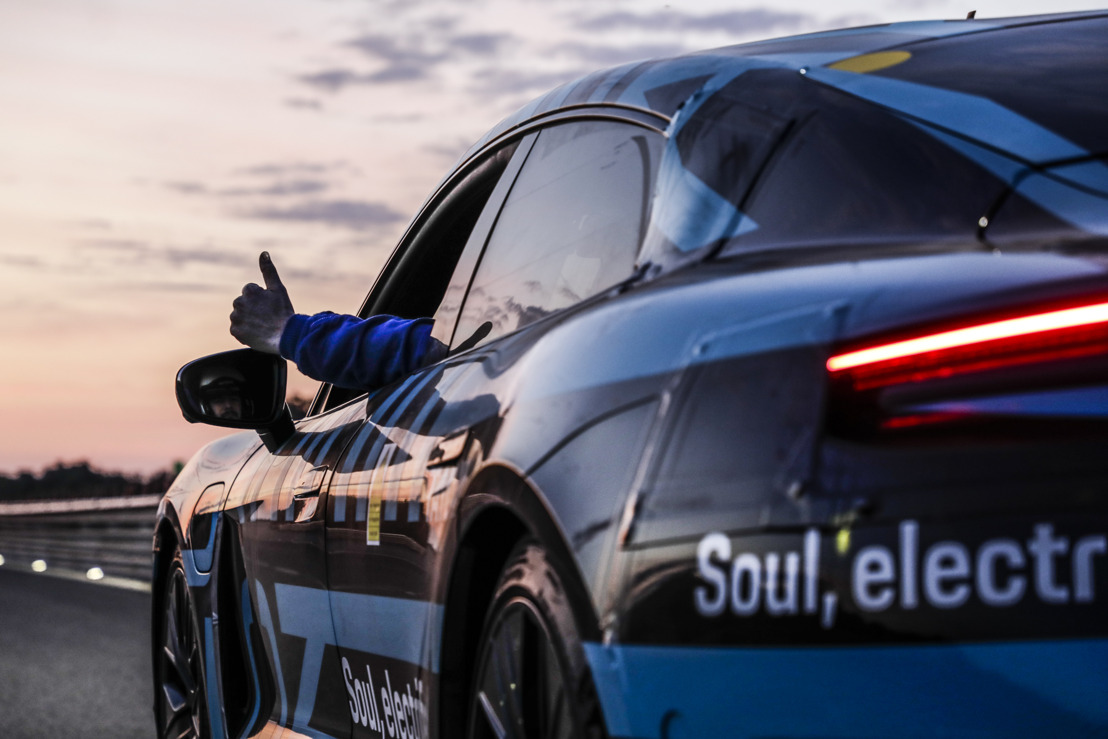 Monday, August 19, 2019 — In 24 hours a pre-production Taycan covered a distance of exactly 3,425 kilometres righty before the world premiere on September 4 as part of a test at the Nardò high-speed track in Italy. This roughly corresponds to the distance from Nardò to Trondheim in Norway. In sizzling temperatures at the southern Italian test track, the speed was between 195 and 215 km/h. With peak temperatures of 42 degrees Celsius and a track temperature of up to 54 degrees Celsius, the Taycan proved its long-distance qualities before the launch. The test was carried out without interruptions, as the prototype Taycan merely had to pause for quick charging stops and driver changes. The team consisted of six Porsche test drivers. The quality assurance test took place as part of an endurance and hot climate test.

Stefan Weckbach, Vice President Product Line Taycan, was delighted to report that “the Taycan mastered this ambitious endurance run without any problems,” adding “the result achieved in Nardò highlights the advantages of the unique 800-volt technology and its high maturity level. Before the Taycan is launched on the market at the end of the year, we will have covered over six million test kilometres across the globe.”

The Taycan is the first fully electric production vehicle with a system voltage of 800 volts. This technology helped the 919 Hybrid win the 24 Hours of Le Mans three times in a row and is now making the leap into series production.

The 800-volt technology enables consistently high performance, reduces the charging time and decreases the weight and the packaging space of the cabling. During the endurance test drive at the Nardò Technical Center, 800-volt high-power charging stations by Porsche Engineering Group GmbH were used.

The Taycan’s sophisticated thermal management also proved itself in Nardò. Thermal management revolves around a highly efficient, intelligent system for cooling and heating the high-voltage components. This prevents potential power losses due to excessive heat generation and ensures that the optimum temperature for the most efficient charging process has been reached when the vehicle arrives at a charging station.

The car: the first all-electric sports car from Porsche

The new Porsche Taycan not only proves endurance. Its electric powertrain is designed in such a way that it can unleash its full power even after accelerating several times at short intervals. At the end of July a pre-series vehicle accelerated from
0 to 200 km/h no less than 26 successive times at an airfield. The average acceleration figure from the timed runs was under 10 seconds. The difference between the fastest and slowest acceleration run was 0.8 seconds.

The Nardò Technical Center has more than 20 test tracks and test facilities on an area covering over 700 hectares, counts 90 companies in the automotive sector among its customers and employs more than 150 people. Since 2012, the test site has been run by Porsche Engineering Group GmbH, a wholly owned subsidiary of Dr. Ing. h.c. F. Porsche AG, Stuttgart.

The test centre was established in 1975 with the construction of the iconic circuit and offers extensive testing options for any development phase. The high-speed circuit – the only one of its kind in the world and measuring 12.6 kilometres – was built in order to be able to test cars under extreme conditions and make development processes more efficient. The renovation of the test centre was successfully completed in
mid-July. Among the improvements made was the installation of an innovative crash barrier system, which was developed by Porsche Engineering specially for high-speed testing in Nardò. Work also included the complete renovation of the 106,000 square-metre driving dynamics site.