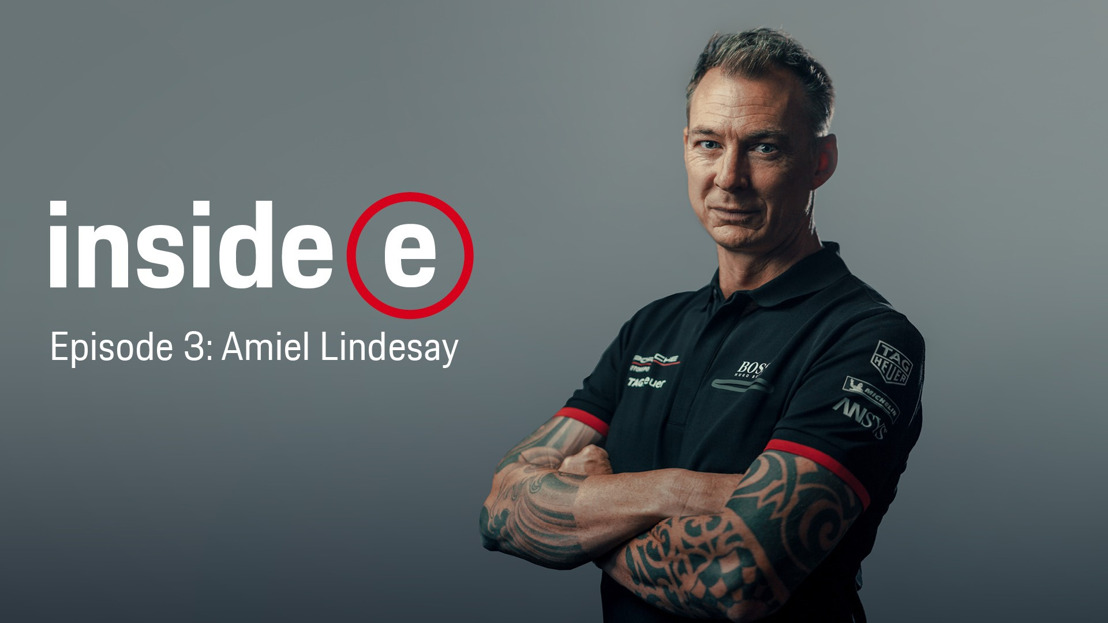 Following the launch of the Porsche 99X Electric, Amiel Lindesay, Head of Operations Formula E, discusses the next milestones for the TAG Heuer Porsche Formula E Team on its road to the ABB FIA Formula E Championship in the latest episode of “Inside E”. Lindesay also offers more interesting insights. In the podcast, he chats about his career at Porsche and describes the experience he gained while working on the LMP1 project.

“I have been at Porsche for seven years and can look back on many fond memories,” says Lindesay. “The highlights of my time include three manufacturer world titles, as well as three victories at the 24 Hours of Le Mans with the Porsche 919 Hybrid in 2015, 2016 and 2017. We are very proud of what we achieved as a team. Entering Formula E now marks the start of an exciting new future for us. We want to back up the success we enjoyed in LMP1 in the new race series. However, we also respect our opponents, some of whom have been involved since the very first season of Formula E.”

Lindesay believes the learning curve will be a steep one, particularly during tests at the racetracks. “All the technical and operating areas must be as efficient as possible, as every fraction of a second counts, both on and off the track,” he says. Lindesay is looking forward to the official Formula E tests at Valencia (Spain) in October. “That is the first time we will take to the track with both Porsche 99X Electric. There will be different conditions again, but we will be as well prepared as possible,” says the New Zealander.

The Porsche Formula E podcast is available in English and can be downloaded now in the Porsche Newsroom.