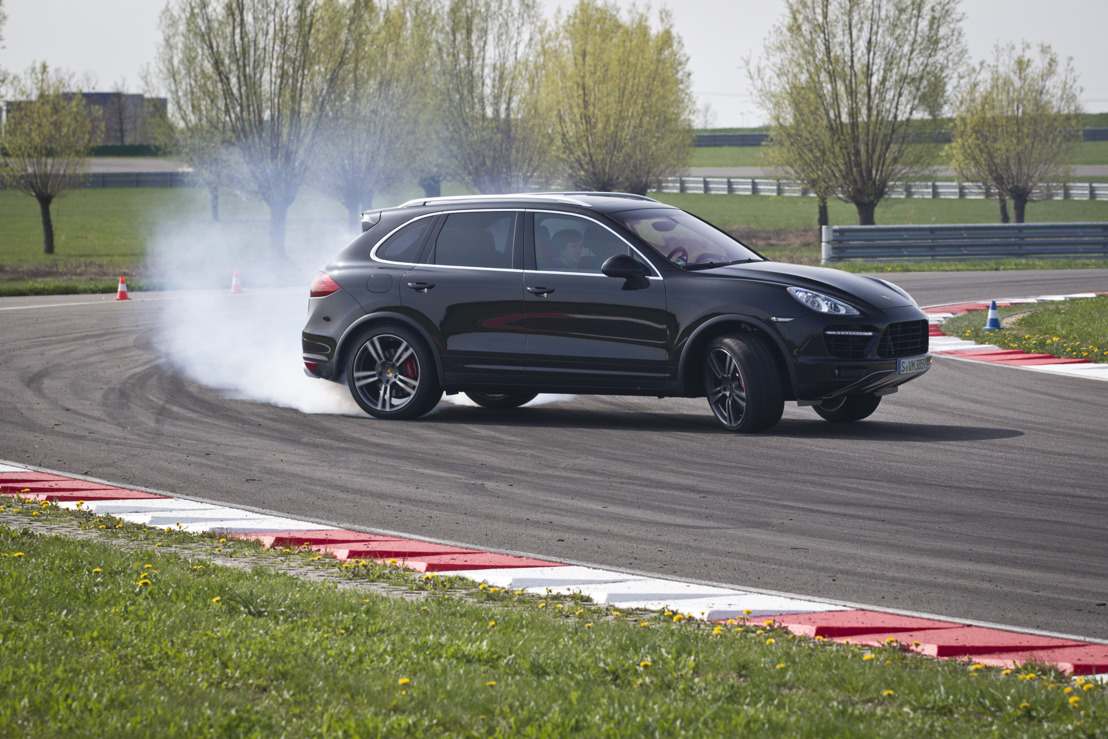 Stuttgart. Almost as soon as the world premiere of the Cayenne took place, 20 years ago, it was hard to imagine a Porsche product portfolio without it. The delivery figures for the first generation of the SUV even exceeded the expectations of Porsche itself. However, when work on creating its successor began in 2005, the plan was not just to keep the attributes of the first Cayenne. Fundamental changes were also made, in particular with the design and drivetrain.

While the first Cayenne, known internally as E1, was created under head of design Harm Lagaay, from 2004 Michael Mauer was responsible for the design of Porsche models. His concept was to take the idea of the Cayenne further, although the designers of the second-generation (E2) car that launched in 2010 faced the same challenges that existed with the first Cayenne. This was namely that the doors were identical to those on the VW Touareg sister model, which was built on the same platform, which limited design options. “However, in the case of the second Cayenne, the economic success of the model gave us a little more creative freedom,” Mauer recalls today.

This meant it was possible to do more work on a number of elements. The doors remained as they were, but the windows changed. At the front, the exterior mirrors moved from the window corner to the shoulder of the door, creating a more dynamic look and making space for additional quarter lights at the A-pillars. At the rear, the side windows were pulled in higher behind the doors, the roof spoiler of the Cayenne extended further back, the tail lights were positioned a bit higher, and the D-pillars were more slanted. The result was an elongated window geometry and a roof line – known as the flyline at Porsche – that sloped noticeably towards the back. This made the Cayenne look fast even when it was stationary.

The Porsche designers also had the freedom to add many personal touches in the interior: “The seating position was now totally different,” Mauer explains. “In the E2 you sit in the car, not on it. This was an incisive difference to the E1.” The lower seating position was also visually underscored by the centre console rising towards the front, which was based on the design of the centre console in the Panamera sports sedan (launched in 2009) in a conscious effort to create a brand identity. At the same time, the second Cayenne gave Porsche the opportunity to use its own instrument cluster, with the rev counter positioned in the middle in familiar Porsche style. The steering wheel was borrowed from the iconic 911 sports car. “For customers with a 911 and a Cayenne in their garage, this disconnect now no longer existed,” says Mauer.

Even more agility on the road and reliability off-road

In technical terms, Porsche also went in new directions with the second Cayenne, for example by foregoing the low-range gearbox that made the first Cayenne one of the best off-road vehicles while also exhibiting the performance expected of a Porsche. Oliver Laqua, involved from the very start as a developer and currently the overall vehicle project manager, clearly remembers the discussion about the transfer case: “In the further development of the electronic control systems, we made a big step forward in terms of control quality and speed. As a result, we were able to have the same off-road capability as the E1 in the new design of the E2 without a transfer case or a low-range gear, and we could therefore achieve a big weight saving.” The first use of an eight-speed Tiptronic in combination with the new controlled hang-on all-wheel drive with Porsche Traction Management (PTM) gave the new Cayenne agility on the road and reliability off-road via electronic means. The new PTM also enabled lighter cardan shafts on front axle cardan shaft tubes, as well as a lighter axle drive. In combination with doing without the transfer case, Porsche reduced the weight of the new Cayenne by 33 kilograms in the drivetrain alone.

Efficiency was a big topic in the E2, and the lightweight construction was also pursued in other places. The body lost 111 kg, with 39 kg being saved in the flaps and doors alone. The tailgate – now made completely of aluminium, like the wings – weighed half as much as in the first Cayenne. Together with the Tiptronic and the new engines, this consistent lightweight construction led to significantly improved fuel-consumption figures. Thermal management, variable deceleration fuel cut-off and the start-stop function further considerably reduced the fuel consumption. The biggest contribution was made by the new automatic gearbox. Only the entry-model Cayenne with its new 3.6-litre V6 engine and 220 kW (300 PS) was delivered with the six-speed manual gearbox as standard. This put the car’s consumption within the NEDC (New European Driving Cycle) of 11.2 l/100 km, which was valid at the time. If the customer ordered the optional eight-speed Tiptronic, consumption was 9.9 l/100 km – around 20 per cent below that of the first entry-level Cayenne.

The new Cayenne S with its 294 kW (400 PS) 4.8-litre V8 consumed 10.5 l/100 km – 23 per cent less than its predecessor. The new Cayenne Turbo also benefited from the same V8 petrol engine but offered 368 kW (500 PS) of power. Alongside the Cayenne Diesel (180 kW/245 PS), the most economical in the range was the 279 kW (380 PS) Cayenne S Hybrid. The first hybrid model produced in series by Porsche had an NEDC consumption of 8.2 l/100 km. The powerful parallel full hybrid could be used more flexibly and efficiently than the power-split full hybrid that most competitors were backing at the time. The Cayenne S Hybrid could go up to 60 km/h in pure electric mode. Boosting, energy recuperation and coasting enabled a driving experience that was both sporty and efficient. As a result, the second-generation Cayenne laid the groundwork for the successful electrification strategy of Porsche a full 12 years ago. And the fundamental changes made between the generations were appreciated by our customers. The E2 enabled Porsche to almost double the delivery figures in comparison to the first Cayenne. Between 2010 and 2017, a total of 535,903 examples of the model assembled at the Leipzig factory were delivered.