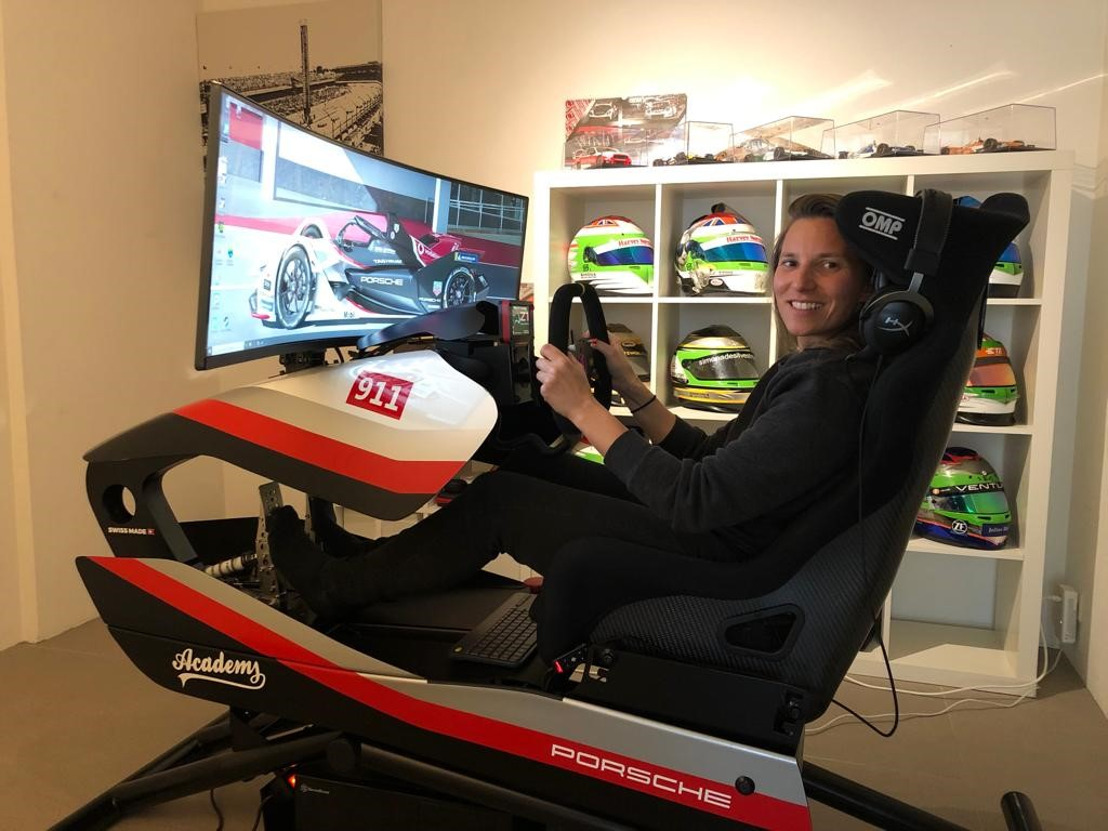 Tuesday, May 12, 2020 — The Indianapolis racing oval; 19 May, 2011: After some rainy days, the track finally begins to dry and 40 drivers get ready to tackle the 95th running of the Indy 500. This prestigious race is one of the world’s greatest motor racing challenges on a par with the Monaco Grand Prix and the 24 Hours of Le Mans. It’s 12.25 pm, just past noon. Simona de Silvestro heads into the sixth lap in her green and white Dallara. Suddenly, the suspension breaks, the car crashes into the wall, catapults head over tail into the infield and bursts into flames. “That’s the day the Americans gave me the wonderful nickname,” jokes Porsche works driver de Silvestro. “Despite suffering burns on both hands, I got straight back into the car the next day and managed to qualify. Since then, they call me Iron Maiden and dropped the Swiss Miss moniker. I like that.”

Simona de Silvestro is a racer with a powerful profile. For more than 15 years now, the 31-year-old Swiss has stood her ground in the male-dominated motor racing scene. In the paddocks of the world, her open and humorous nature has made her extremely popular. And her motor racing prowess has earned her respect. “When they began calling me Swiss Miss in the USA I didn’t like it at all. The nickname is hackneyed and overdone. Many sportswomen from Switzerland are given this name – tennis player Martina Hingis and others were called Swiss Miss, too. I much prefer the nickname Iron Maiden,” explains the first female works driver in Porsche’s factory squad. What she was not aware of in the early days, however, was that Iron Maiden is not just an expression of a staunch attitude, but also the name of a famous rock band.

“When I found out about the band I listened to some of their songs. I quickly realised that I liked the nickname, but the band’s music wasn’t quite to my taste,” laughs de Silvestro, who now lives in her homeland of Switzerland after spending many years in the USA and Australia. Rather than playing rock music in her small townhouse close to Lake Zurich, she prefers to listen to mainstream music from the radio. While listening to the current hits, the test and development driver from the TAG Heuer Porsche Formula E works squad plans out her day in the times of the coronavirus pandemic. “I spend many hours in my simulator,” she says. “Of course I’d much rather be at the wheel of a real car on a real racetrack, but online racing is currently the only way to really put my foot down.”

Simona loves speed. After successful outings in single-seaters throughout Europe, the 1.71-metre-tall racer moved to the United States at the age of 18. Just two years later she made her sporting breakthrough, scoring victories in the top-class Atlantic Championship and the junior championship of the American IndyCar and Champ-car series. “I’ve never capitalised on the fact that as a woman I’m a rarity in motor racing. I let the lap times speak for themselves – that’s all,” explains the cool, calm and confident driver. In the fast and spectacular IndyCar series, she gained even more respect. In 2014, the Formula 1 team Sauber signed de Silvestro on, and later she contested the Formula E and the Australian Supercars Championship. “I’ve had exciting and wonderful experiences. Life was truly great, especially in Australia. Still, it’s nice to be home, too.”

The personal fitness programme of the swift Swiss racer – who was born in the German-speaking town of Thun and grew up in the French-speaking part of Switzerland – includes running, cycling and hiking. “I’m a child of the mountains,” she says. “I climb the slopes in summer and I love skiing downhill fast in winter. Fortunately, there are a lot of opportunities for sporty people like me close to where I live on Lake Zurich.” In addition to her daily exercise regime, a new activity has recently been added to her cosy one-person home life. “I’ve been discovering the joy of cooking,” says the future driver of a Porsche 911 GT3 R in the ADAC GT Masters. “I al-ways used to rotate four or five of my favourite dishes, but now there are many more on the menu.” She has made the most of the slower times during the corona pandemic to experiment more in the kitchen.

“Seven years ago I bought my father a pasta-making machine. Now we’ve christened it together. The result looked surprisingly good and actually tasted delicious,” admits de Silvestro, whose father adds Italian roots to the family. The Porsche works driver has dual citizenship with both a Swiss and Italian passport. “Obviously, pasta is a
favourite,” she states, and adds with a smile: “If the virus keeps us in lockdown for a few more months, maybe I’ll be able to publish my own cookbook because I’m constantly coming up with new dishes. But, I’d much rather be racing!”