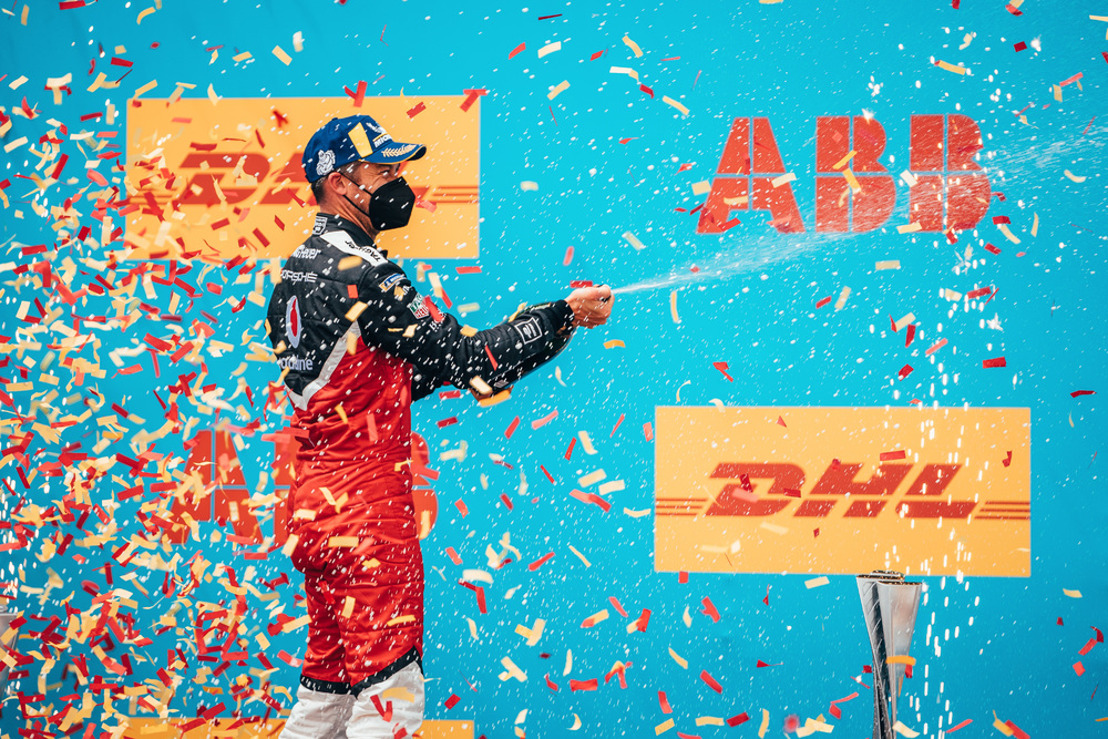 Race 6
Setting his second-fastest time in the Super Pole qualifying, André Lotterer should have started from the first grid row. However, after causing a collision during Saturday’s race, he was relegated three places down the grid. In the hectic start, he opted against taking risks after his experiences from the previous day and thus lost two positions. However, he then proceeded to systematically work his way up the order towards the podium. In the last third of the race, with the assistance of Attack Mode, he moved into third place, which he confidently defended against his pursuers to the flag. When the second-placed competitor was subsequently handed a five-second time penalty due to a collision he caused in the early stages, the Porsche works driver moved up the rankings to second place. Starting from P12 on the grid, his teammate Pascal Wehrlein drove an uneventful race.

Comments on the Valencia E-Prix, Race 6

Amiel Lindesay, Head of Operations Formula E: “That’s a fantastic result for the team and of course for André as well. He’s experienced a tough season so far. Today he drove very cleverly, very efficiently, and I’m confident that we’ll be able to tackle the upcoming races at this level. After another strong qualifying performance, Pascal experienced problems with the balance of the car, among other things. We’ll analyse this so that he can be back at the top in Monaco.”

André Lotterer, Porsche works driver (#36): “I’m thrilled with my podium placing. My first points at last. As a team, we deserved this result. We all work hard. Today we underlined that we can deliver a top performance even on a track that is somewhat atypical for Formula E. We’ve always been fast over one lap this season. This time we proved that we’re also efficient in energy management in the race. I really hope that we’ve now made a breakthrough.”

Pascal Wehrlein, Porsche works driver (#99): “That was a difficult race for me. We don’t yet know the exact reasons, so we still have to look at the data. In any case, I couldn’t really attack over the whole distance. I’m looking forward to being back in the fight in Monaco in less than two weeks.”

Coming up
The next race for the TAG Heuer Porsche Formula E Team is the Monaco E-Prix on 8 May with race 7 of the ABB FIA Formula E World Championship.

Porsche in Formula E
The TAG Heuer Porsche Formula E Team contests its second Formula E season in 2021 with the Porsche 99X Electric. André Lotterer celebrated a successful racing debut in November 2019, finishing second at the season-opening race in Diriyah: a dream start and proof that Porsche had a competitive vehicle right from the outset with the Porsche 99X Electric. This was impressively underlined by the first pole position in Mexico City and another second place on home turf in Berlin. Formula E is the world’s first fully-electric street racing series and, as an accelerator for innovative and sustainable mobility technologies, it has brought thrilling motorsport to people living in major cities since 2014. This season, in which a driver and team world champion will be crowned for the first time, more automobile manufacturers compete than in any other racing series. As such, the races are fascinating and fiercely contested.