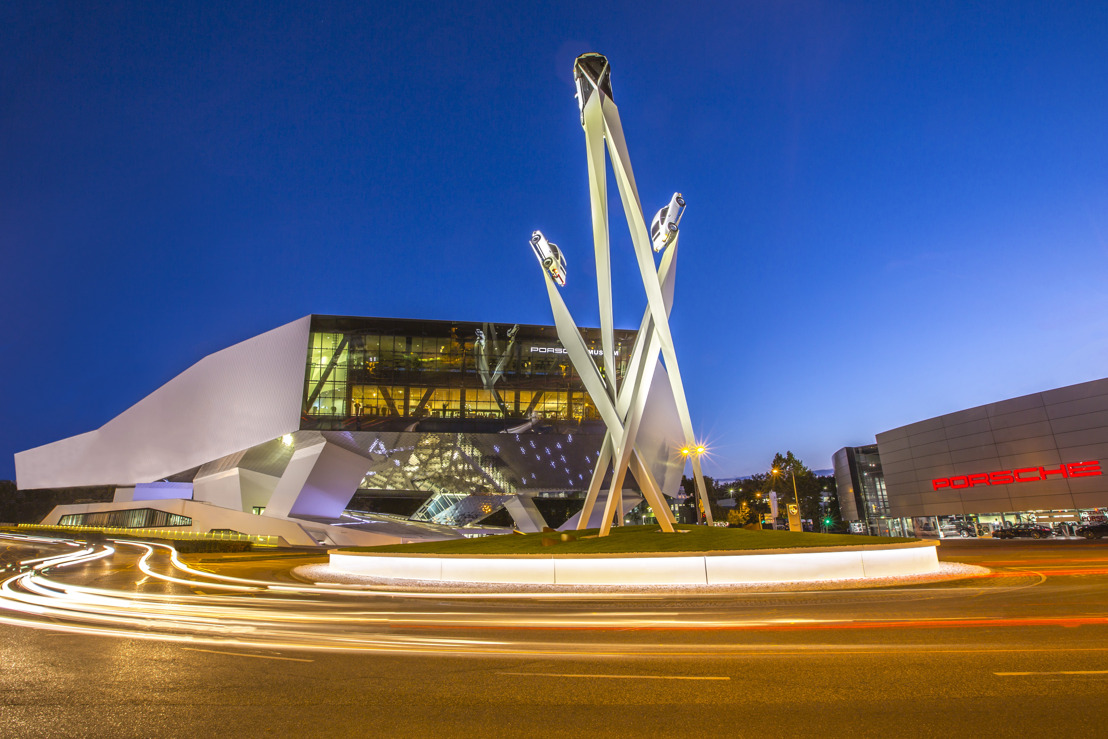 It is not only with its cross-border approach that the Porsche Heritage and Museum department is setting new standards: For the very first time, the Sound Night will take place at two important Porsche locations simultaneously: the Porsche Museum in Zuffenhausen and the Weissach Development Centre, which is celebrating its 50th anniversary this year. While presenter Anna Fleischhauer will be in the Museum together with various four-wheeled sound artists and their contemporary witnesses, former and active racing drivers and Porsche brand ambassadors, presenters Matthias Malmedie and Mark Webber will be in Weissach with race cars that have written successful chapters in Porsche’s motorsport history and never been part of the Sound Night before.

The numerous Porsche icons will include models that will be presented for the first time at the Sound Night. The Porsche 962 C, for example, will celebrate its premiere at this year's sound spectacle. Hans-Joachim Stuck won the Sprint championship with this race car in 1986, and at the same time put the new ground-breaking Porsche PDK dual-clutch transmission through its paces. At the Sound Night, “Strietzel” Stuck will also look back on the year 1987. In this year, he competed in all five Supercup races at the wheel of the 962 C with start number 17 and a further-developed PDK and ended the season by winning the championship title. Fans all over the world can also look forward to the two-time world rally champion Walter Röhrl. He will present the 924 Carrera GTS Rally, with which he won four overall victories in the German Rally Championship in 1981. To mark the 40th anniversary of the 1981 rally season, the Porsche Heritage and Museum department surprised Walter Röhrl at the beginning of the year with the newly restored gold-black 924 “Monnet” from the time.

Alexander Klein, Head of Vehicle Management and Heritage Experience, will present the 911 (901 No. 57). The red coupé was built in October 1964 as one of the first production versions of the sports car, still with the type designation 901. Almost exactly 50 years later, the Porsche Museum bought back the rare model – which had been discovered by chance – and returned the thus oldest 911 in the company’s collection to its original condition. The 907 KH, which was produced in the racing department in Plant 1 in 1967 as the successor to the Porsche 910 for endurance races, will also make its debut at the Sound Night. The former hillclimb specialist Rudi Lins will present the 907 KH.

But it is not only race and road versions from the past that will carry the typical Porsche sound out into living rooms all over the world. Current highlights from the motorsport world will also make an appearance. Presence and success in motorsport with electrically powered race cars is an important part of the company’s Mission E strategy. Formula E driver Pascal Wehrlein will drive the 99X Electric on the running-in and test track in Weissach. The TAG Heuer Porsche Formula E Team 2021 is competing with the Porsche 99X Electric in its second season in Formula E. This means that the Formula E race car joins the list of historic Porsche motorsport vehicles.

During the Sound Night, viewers can submit questions that will be passed on to the contemporary witnesses and automotive celebrities via the moderator team. It will also be possible to vote interactively on estimation and knowledge questions. All information is always available on the Museum website at www.porsche.com/Museum.