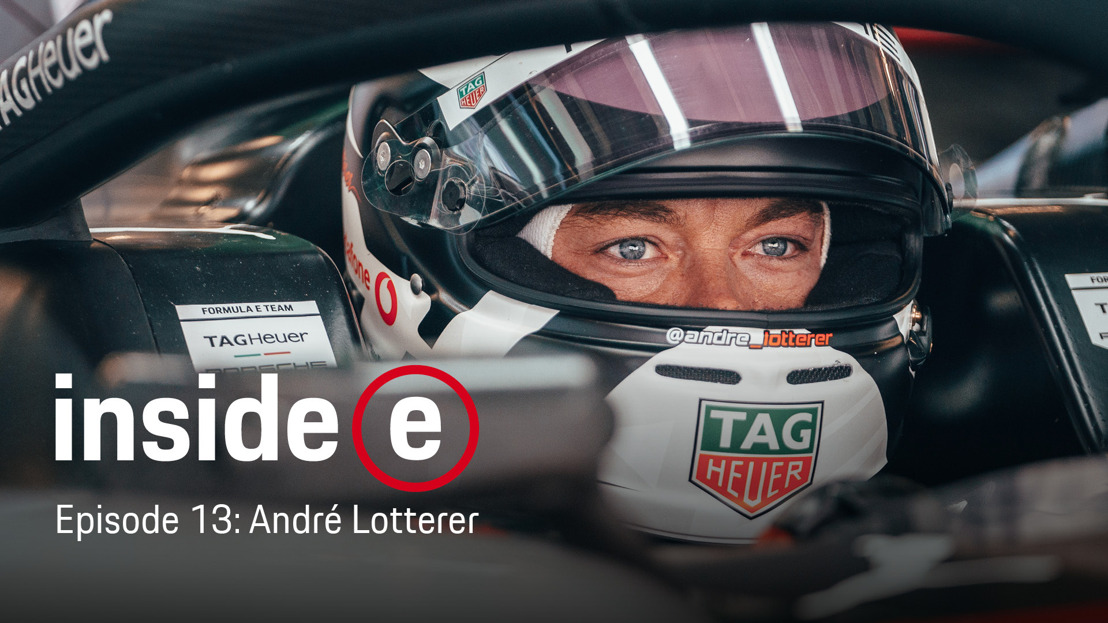 Tuesday, August 25, 2020 — André Lotterer (DE) and the TAG Heuer Porsche Formula E Team have completed their first season together. After the Porsche works driver finished second to claim a spot on the podium at the opening race weekend in Diriyah (SA), he repeated the feat at the “restart” in Berlin (DE). He went on to finish in the points in the following four races and, in eighth place, was the best German in the Drivers’ Championship. In the 13th edition of the “Inside E” podcast, Lotterer looks back on his first year with Porsche in Formula E. The 38-year-old also discusses the rapid development of the fully-electric racing series and his new team-mate, Pascal Wehrlein, whose signing was announced recently. Lotterer also reveals which races he is particularly looking forward to next season and his goal for 2021.

“I think we can be proud and happy with what we achieved in our first season in Formula E,” said Lotterer. “As a new team, it is a really tough championship to join. To start the season straight away with the second place in Riyadh and then shortly after have a pole position in Mexico and then another podium in Berlin shows that we mean serious business in this championship. Nevertheless, we also had some lows, but I think that’s the price you have to pay when you are a new team in this championship.”

The Porsche works driver believes he will have learned some valuable lessons for the future, particularly from the situations in which he and the TAG Heuer Porsche Formula E Team fell short of their own expectations. “That’s where we learn how to become better. Those races are the ones that point out most clearly what didn’t go right, and that will make us stronger in the future.”

Bearing in mind the knowledge gained and the further development of the car, Lotterer has set himself some clear goals for the second year with the TAG Heuer Porsche Formula E Team: “I think we did well for our first season, with podium results. That was the target. Now our next target is to win races. If you are able to win races, you are also able finish on the podium regularly, which means plenty of points.”

Having raced alongside Neel Jani (CH) for the TAG Heuer Porsche Formula E Team last season, Lotterer now has a new team-mate in the form of Wehrlein. Together with the 25-year-old, Lotterer is determined to keep the team moving forward in the future. “I think we can definitely complement each other and really benefit from each other’s strengths,” said Lotterer. “Pascal has Formula E experience as well, which is always very valuable for any Formula E team. I am looking forward to pushing the team forward together.”

The Porsche Formula E podcast is available in English and can be downloaded in the Porsche Newsroom. “Inside E” is also available on other platforms, such as Apple Podcasts, Spotify and Google Podcasts.