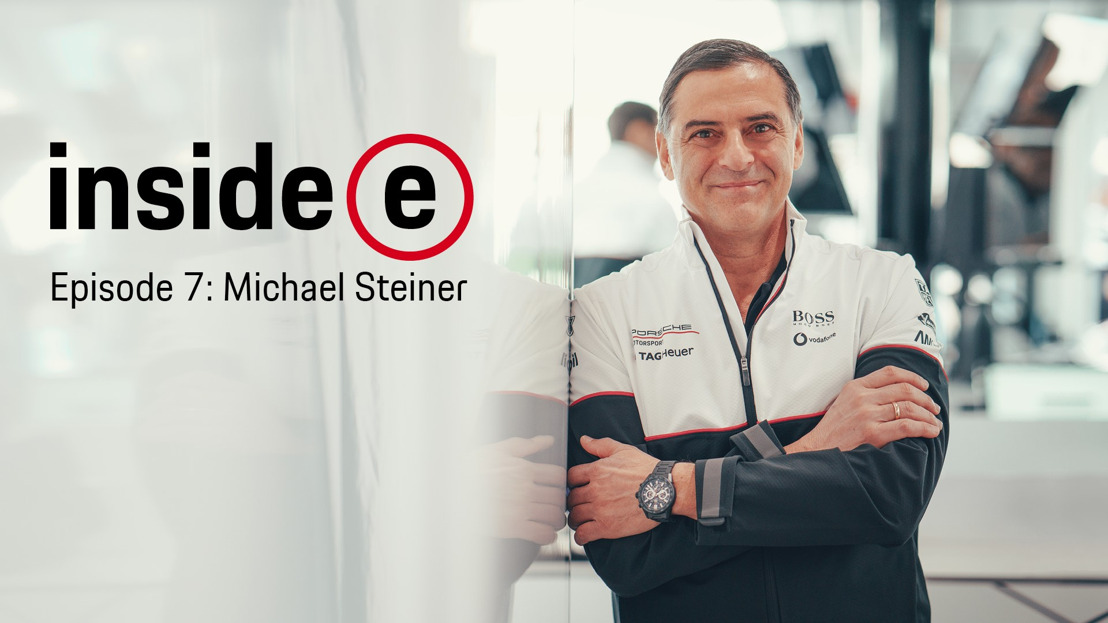 Tuesday, May 5, 2020 — As Member of the Executive Board, Research and Development, Michael Steiner is responsible for series production and Porsche Motorsport’s racing projects. In episode seven of the “Inside E” podcast, Steiner speaks about changes in the automotive industry, the future of the sportscar manufacturer, and technical innovations ranging from motor racing to production development. Entering the fully-electric ABB FIA Formula E Championship with the TAG Heuer Porsche Formula E Team has high priority and promises to produce synergies between motorsport and future production developments, as Steiner explains in the podcast.

“We see the transformation in the automotive industry as an opportunity. Together with our employees, we are constantly driving this shift, with the clear goal being to link the traditional values of Porsche with the technology of tomorrow,” said Steiner. The first step into the electric future was taken back in 2015, with the “Mission E” project. The manufacturer then definitively heralded a new era with the launch of its first fully-electric sports car, the Porsche Taycan, in September 2019. “With electric cars, it not only comes down to the range of the cars, but also primarily the existing charging infrastructure,” Steiner explained. “For this reason, we are investing in E-mobility, both in our development and in an extensive rapid charging network.”

Motorsport has always been the driving force behind series production at Porsche – and that remains the case in Formula E. “The experience gained in the LMP1 project had a significant influence on the development of the Porsche Taycan. We expect similar synergies from the Formula E project, as well as inspiration for future sportscars,” said Steiner. The sporting aspirations are high, especially as the history of Porsche is shaped by countless motorsport successes. Steiner is happy with the rookie season so far. Second place in race one and a pole position have left the team confident of more success – both on and off the racetrack.

The Porsche Formula E podcast is available in English and can be downloaded now in the Porsche Newsroom. “Inside E” is also available on other platforms, including Apple Podcasts, Spotify and Google Podcasts.