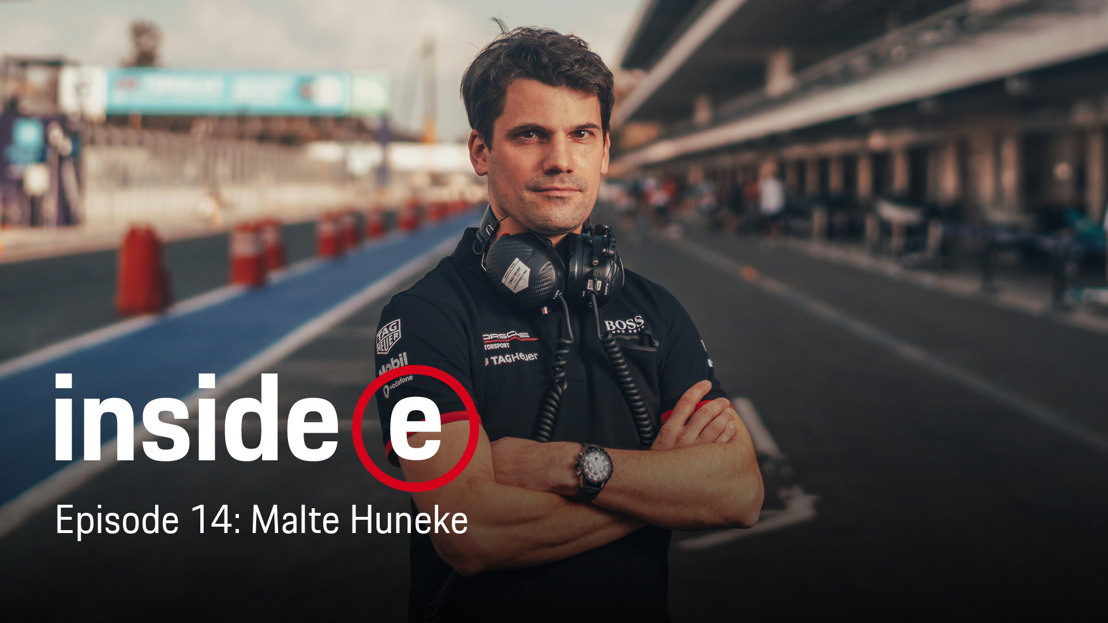 Two podium finishes, a pole position and many other highlights – Malte Huneke has every reason to be happy with the TAG Heuer Porsche Formula E Team’s rookie season in the ABB FIA Formula E Championship. No manufacturer has enjoyed such success right from the start in the history of Formula E since the second season. Yet, in the new “Inside E” podcast, the Technical Project Leader says: “Am I happy? 80 percent, I would say.” Huneke also talks about the highlights of his career at Porsche to date, the most important experiences from the first eleven races in Formula E and his expectations for the new season starting in January.

“Our goal was to be on the podium at one point in time,” says Huneke. “We were lucky enough to have that result during the first race and we were able to repeat that in Berlin. I would have loved to win a race to be honest. But we are happy with what we have achieved.” With second place in the first race in Diriyah (SA), the team proved that it would be competitive right from the start – even with the exceptional circumstances of the coronavirus pandemic, which caused a few races to be cancelled and the season to end with six races in the space of nine days in August.

For the new season starting in January, Huneke can see that everyone in the TAG Heuer Porsche Formula E Team is really motivated. “Everybody finally wants to get a win,” he says. Work is still being done on the new powertrain of the Porsche 99X Electric, while the newly formed driver duo André Lotterer and Pascal Wehrlein (both DE) are undergoing an extensive training programme in the simulator in Weissach. “We are in good shape and we are hitting our targets,” says Huneke. And compared with the competition he feels that he and the team are in an excellent position. “Nobody is miles ahead of everybody. There is a ranking. But there is no crazy dominance by anybody.” The TAG Heuer Porsche Formula E Team enters its second Formula E season on 16 January 2021, at the Santiago E-Prix in Chile.

The Porsche Formula E podcast is in English and can be accessed in the Porsche Newsroom. “Inside E” is also available on other platforms such as Apple Podcasts, Spotify and Google Podcasts.