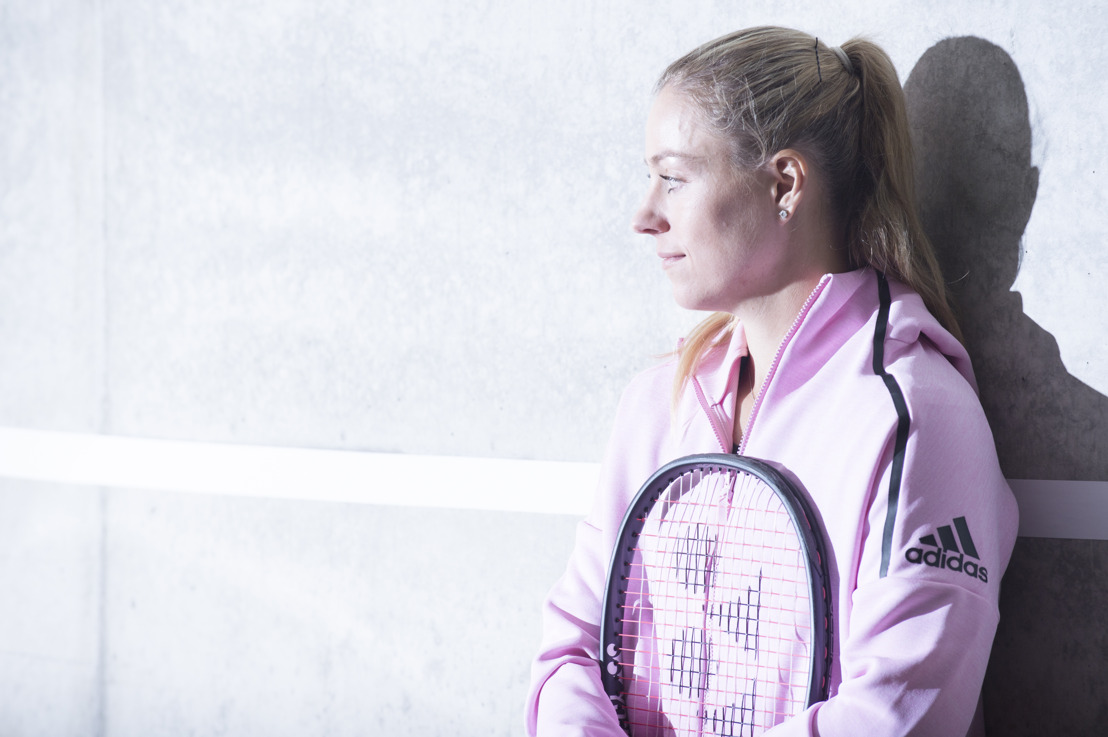 Monday, April 20, 2020 — After being out injured, Angelique Kerber was looking to return to WTA Tour action at the Porsche Tennis Grand Prix this week. Due to the corona crisis, the two-time Stuttgart winner is now preparing for her comeback at home in Poland. In our interview, she speaks of how much she is enjoying the time with her family, why cooking is so much fun for her, how she is preparing without a racket and ball for when the tour returns to action and why she wishes that, after the crisis, people can again find pleasure in the little things in life.

Angelique, normally you would have been at the Porsche Tennis Grand Prix in Stuttgart this week. Where are you now instead and how are you?

“I’m in Poland and I’m fine. It’s a real shame the Porsche Tennis Grand Prix can’t be played due to the corona crisis. After my injury worries at the start of the season, I’m now fit again and was raring to get back on tour. To celebrate my comeback at the Porsche Tennis Grand Prix with the fantastic Stuttgart crowd was especially motivating for me.”

You’ve appeared at every Porsche Tennis Grand Prix since 2012. How much do you regret the cancellation?

“The Porsche Tennis Grand Prix belongs to my favourite tournaments and from the other players, I know just how much they would have liked to have come to Stuttgart again. Right up until the last minute, I was naturally hoping there would be a solution after all but in the end the organisers had no other choice. I feel it is good and right that, out of consideration for the health of everybody involved, the officials have decided in the way they have. I’m now looking forward to next year’s tournament.”

Let’s take a little look back: what memories do you have of your appearances at the Porsche Tennis Grand Prix?

“For me, there are many lovely memories bound up with Stuttgart. Foremost are naturally the two finals I won in the Porsche Arena. The one in 2015 against Caroline Wozniacki was a real thriller. I was 5-3 down in the third set and Caroline was only two points away from winning. And then I turned the thing around with the help of the fantastic crowd. In my second-round match in the same year, I beat the top-seeded Maria Sharapova, the three-time Stuttgart winner, in three sets. That was also a big highlight. One year later there was the all-German final against Laura Siegemund in which I was under a lot of extra pressure as the titleholder. The atmosphere in the arena and the emotions after my victory are something I’ll never forget.

How are you coping with the current situation?

“Adapting to the totally different daily rhythm wasn’t easy for me initially. But I try to make the best out of the situation. Tennis courts are still off-limits here so I haven’t unfortunately hit any balls yet, although I do my daily workout to stay fit for the day I can get back to playing tennis. Nobody can reliably say when that will actually be and what the future looks like. It makes it so difficult to plan for that day.”

How do you manage to be disciplined and committed when practicing, without being focussed on the next match?

“The break came so suddenly and unexpectedly so that I had to firstly totally reorient myself. It wasn’t that easy. However, the motivation to push oneself to train is always naturally there for top athletes. After all, I’m following a goal and I know why I’m doing it. So, it’s also not difficult to keep motivated even though I don’t know how long I have to stay at home for – whether it’s weeks or months.”

What are you missing – except for tennis – in these times?

“It’s the little things I miss, the ones that were the norm up until recently but are now no longer possible. I miss my normal daily routine and would like to go for a coffee with friends again. But these days, my only trips outside in the fresh air are to go shopping in the supermarket, with a face mask and protective gloves.”

In a video, you and other Porsche Brand Ambassadors appealed to your fans to also think positively in these times, to stand together and adhere to the authorities’ regulations. How important is it?

“It’s enormously important to leave the crisis behind us as quickly as possible. It’s why I’m so pleased that so many celebrities from all walks of life are getting involved. The message is clear: in these difficult times, we have to stick together as much as possible, we have to look forward and try to beat the situation together. At the moment, it’s more important than anything else, also more important than tennis.”

How are your fellow players? Do you keep in touch with any of them?

“Yes, fairly regularly. I talk to good friends on the tour and we tell each other about what we get up to the whole day. One is Caroline Wozniacki. Though she’s retired, she’s now longing to play her farewell match against Serena Williams, which also had to be postponed due to corona. I regularly keep in contact with my Porsche Team Germany teammates. I would have loved to have played the Fed Cup finals in Budapest with them, another event that unfortunately was a victim of corona.”

As a tennis player, your normally lead a hectic life and are continually travelling all over the world. What things do you now finally have time for?

“For cooking amongst other things. It’s something I’ve always wanted to learn properly but I never had the time. I’m now cooking every day – it’s a lot of fun. In my family, we mainly cook traditional dishes using old recipes, tasty savoury bakes for example. Sometimes, I get ideas from a cooking app or YouTube. We’ve already tried our hands at everything from Italian to Thai, and we’ve also baked cakes and made desserts.”

What comes out best?

“Definitely pan-fried dishes. They’re the easiest to make. You just throw everything into the pan, stir and see what comes of it.”

How do you otherwise utilise these times full of restrictions?

“I’m enjoying the days at home. I simply try to take a deep breath, give my body the rest it needs, turn myself off and free my head. The moment this pandemic is eventually over, one will definitely be thankful for many things one had previously not appreciated so much, even if it’s just being able to move around freely. For myself, I wish that, despite all the stress, I will also take time off every now and again for myself and that I can also take pleasure in the little things of life.”

Are they the lessons you have learnt from the crisis?

“I actually think one can learn from such crises. Hopefully, we will all learn to be more grateful for things we otherwise don’t know how to appreciate properly. I also wish people will fully realise in this crisis that we are stronger together than everybody on their own and that we will act accordingly in the future too.”

Porsche has been sponsoring the Porsche Tennis Grand Prix ever since 1978 and has also been the organiser since 2002. The tournament in Stuttgart’s Porsche Arena was voted by the players as their favourite event in its category once again in 2019. Within the scope of its global partnership with the Women’s Tennis Association (WTA), Porsche is also the title partner of the “Porsche Race to Shenzhen”, the official qualifying ranking for the Shiseido WTA Finals. The Stuttgart-based sports car manufacturer is also the exclusive automotive partner of the WTA as well as the WTA Finals. As a premium partner of the “Deutsche Tennis Bund” (DTB – German Tennis Association), the company supports Porsche Team Germany in the Fed Cup and fosters up-and-coming players in the Porsche Talent Team and the Porsche Junior Team. Angelique Kerber, Julia Görges and Maria Sharapova give Porsche a face in tennis as Brand Ambassadors.