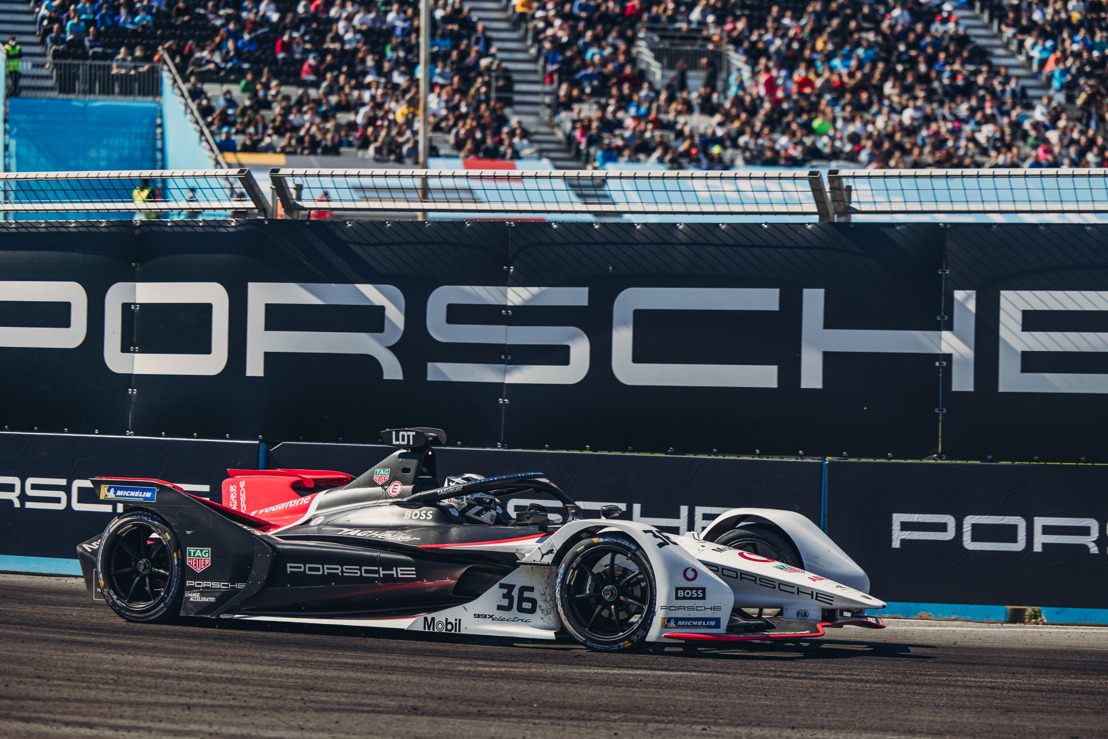 Stuttgart. ​ The most prestigious race of the year for the ABB FIA Formula E World Championship is through the streets of Monaco, this Saturday 30 April. Set against the picturesque backdrop of the Principality on the Cote d’Azur with its world-famous Grand Prix circuit, the TAG Heuer Porsche Formula E Team competes with two Porsche 99X Electric race cars. The drivers are Pascal Wehrlein (GER/#94), who this year in Mexico clinched the first victory for Porsche in the innovative electric racing series, and André Lotterer (GER/#36).

Race 6 will be contested within the most expensive square mile in the world, and it throws special challenges at drivers and teams. The streets will close for the Formula E race early on Saturday morning, and only then will the flower planters, parking meters and traffic signs be moved out of the way. There will be no shakedown for the 22 cars to check out the track. Instead, they get two short free practice sessions to finalise the setup for the demanding track with its legendary corners like the Sainte Dévote, Casino and Mirabeau, and the spectacular section through the tunnel at the harbour. Then the hunt begins for pole position.

The TAG Heuer Porsche Formula E Team recently earned critical championship points in Rome, which pushed the squad up the team rankings into second place. This is the second time the team will race in Monaco. “The demands on the drivers are extremely high,” says Florian Modlinger, Director Factory Motorsport Formula E. “There are very few run-off zones, and to turn a fast lap, you need to use every centimetre of the track.” ​

Q&A on the Monaco E-Prix

What makes Monaco the highlight of the season and how important are these prestigious venues for Formula E?

“Monaco is always a highlight thanks to its fantastic atmosphere and challenging track layout. What’s more, this year we’ll witness a world premiere with the Gen3 car. Venues like Monaco are very important for Formula E. The extremely exciting race last season with countless overtaking moves demonstrated how well Formula E and the Monaco track layout go together.”

What insights and motivation does the team take with them from Rome to Monaco?

“After Diriyah and Mexico City, Rome was the first race on a traditional street course this season. So we’ve shown that we’re a force to be reckoned with on these tracks too. We now need to build on this and challenge the teams that do well on such tracks by putting in a strong performance.”

Monaco is your home race. How excited are you and how do you think you’ll go? “It’s a privilege and a real highlight to be able to race in Monaco. I’m very much looking forward to it, especially because I can go home to sleep in my own bed. After we fluffed the start here last year, we managed to gain good ground. This time we have to make sure that we do better in qualifying to score a decent grid spot. The previous races make me feel confident that we’ll succeed. I’m expecting a good result.”

The break before Monaco is considerably shorter than before Rome. How do you feel about that?

“The break between Mexico and Rome was almost eight weeks, that was simply too long. Now we’re back in the flow. Formula E is a very complex championship where you have to think about a lot of things at the same time. The more often we can sit in the car and work with our engineers, the better it is for all of us. I’m pleased that the season continues at such a pace.”

Formula E will be contested on the world-famous Grand Prix circuit in Monaco. What are the special features?

“The Monaco Grand Prix circuit is one of the coolest tracks in motor racing. To be at the front, you need a car with a lot of grip and good balance in the fast corners, but at the same time, doesn’t understeer too much in the tight turns like Rascasse. By Formula E standards, the track is quite long, so managing energy will play an important role.”

After the one-two result in Mexico, there wasn’t enough for a podium finish in Rome. What will you need to improve on in Monaco?

“In Rome, we weren’t competitive enough to win a race, but at least we earned points. Ultimately, we could’ve squeezed a bit more out of it here and there, but still, we weren’t unhappy. You can’t win a race every weekend. In Monaco, we’ll attempt to get the best out of our car and, above all, drive more efficiently.”

The Grand Prix circuit in the Principality is 3.337 kilometres long. This storied street circuit with its 19 corners has virtually no run-off zones – instead there are walls and barriers that are unforgiving of the slightest driving error. Efficient energy management and total concentration from start to finish are essential – this is the only way for the 22 cars to stick to the racing line and successfully navigate the winding labyrinth between luxury skyscrapers and high-end boutiques. With its combination of sometimes very tight corners and fast passages, the Circuit de Monaco is the perfect venue for the special requirements of Formula E.

The worldwide broadcasting schedule of the Formula E event in Rome is available on: https://www.fiaformulae.com/watch/ways-to-watch.

A race report with comments from the Director Factory Motorsport Formula E and the drivers will be distributed on 30 April. Race reports follows on 9 April (race 4) and 10 April (race 5). Further information about the TAG Heuer Porsche Formula E Team will be posted live on the Twitter channel @PorscheFormulaE. All relevant information about the team, the drivers and the racing series can be found in the updated Porsche Formula E Media Guide on media.porsche.com/formula-e. The content will be regularly updated over the course of the season and expanded with additional interactive material.

With the Porsche 99X Electric, Porsche returned to open-wheel single-seater racing in 2019 after more than 30 years. The fully-electric racing car sporting the Weissach-developed Porsche E Performance Powertrain also serves as a development platform for the sports car manufacturer’s fully-electric production models. Energy management and efficiency are important factors for success in Formula E and in the development of production cars. For the 2021/2022 season, the 99X Electric has a maximum output of 250 kW in qualification mode and 220 kW in normal race mode. Attack Mode boosts the output to 250 kW. Maximum recuperation is 250 kW; the usable battery capacity is 52 Kilowatt-hours.

Porsche is committed to Formula E safety: With the all-electric Taycan Turbo S, the sports car manufacturer supplies the official safety car this season and underlines the importance of Formula E for Porsche Motorsport. Thanks to its driveability and safety as well as an output of up to 560 kW (761 PS), Porsche’s first all-electric sports car is the ideal choice as a safety car in the first and only all-electric motorsport world championship. With Launch Control, the flagship model of the Taycan range accelerates from 0 to 100 km/h in 2.8 seconds and reaches a top speed of 260 km/h. The striking paintwork incorporates the colours of all eleven competing teams as well as the FIA and Formula E colours. The design symbolises the joint commitment to the future of all-electric motor racing as well as social values such as diversity and community.

Formula E is the world’s first fully-electric racing series bringing thrilling motorsport to people living in major cities since 2014. As an accelerator for innovative and sustainable technologies of mobility, it promotes the worldwide acceptance of electric vehicles with the aim to counteract climate change. The format is compact: practice, qualifying and race all take place on one day. Each race usually runs over 45 minutes plus one lap. Eleven teams tackle the 2021/2022 season with 22 drivers. This makes for interesting and hotly contested races. This marks the third season for the TAG Heuer Porsche Formula E Team campaigning the Porsche 99X Electric.