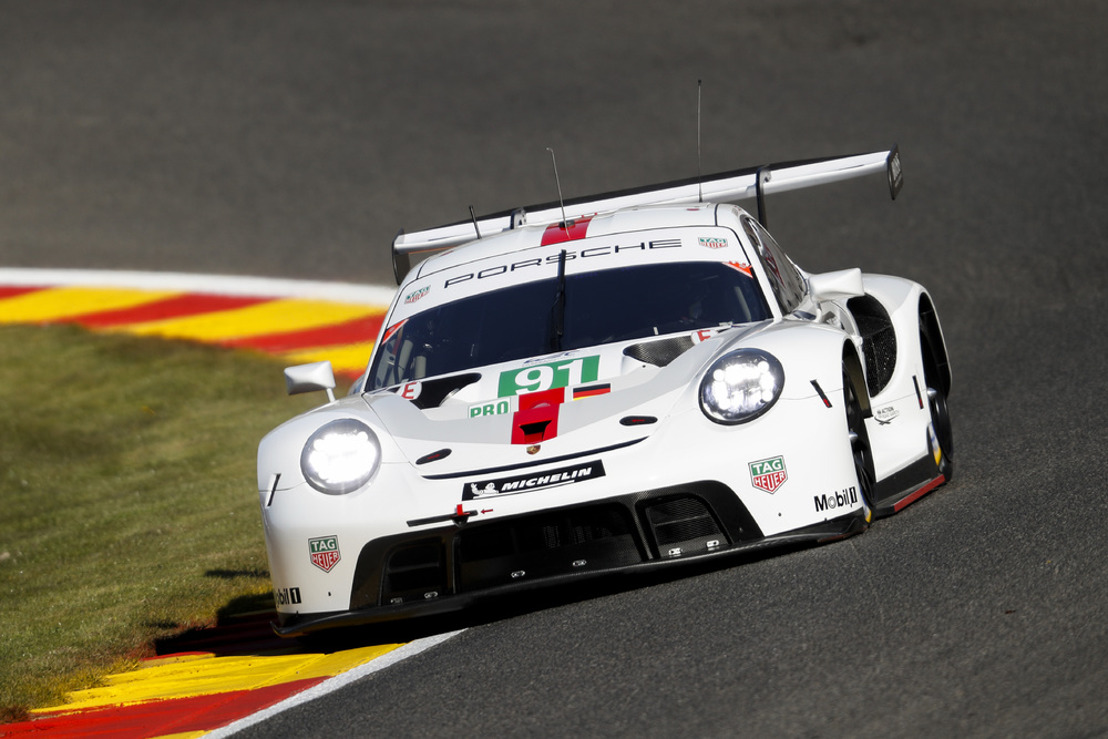 “After the big success at Spa-Francorchamps, we’re heading to the second round of the season as the championship leaders. Our goal is very clear: when the chequered flag comes out after the eight-hour race in Portugal, we want to still be in first place in all GTE-Pro categories,” declares Pascal Zurlinden, Director Factory Motorsport. “Our team has worked hard to prepare for the first WEC event in Portimão. We’re ready to tackle the race. What’s more, this eight-hour event complements our preparations for this year’s Le Mans 24-hour race perfectly. It helps our driver crews, engineers and mechanics work even better together and streamline the procedures.”

The Autódromo Internacional do Algarve is nestled in the hilly hinterland close to the coastal resorts of Portimão and Lagos. The 4.684-kilometre circuit, on which Formula 1 has raced twice, features 16 corners and many up and downhill passages. The steepest downhill section of the track has an incline of over twelve per cent. Drivers are also faced with blind corners and deep gravel beds. The start-finish straight stretches over 969 metres, on which the GTE-Pro vehicles can reach top speeds of around 270 km/h.

“The upcoming race in Portugal offers a number of special features. Since it’s an eight-hour event, more points are awarded compared to the normal WEC races, which generally run over six hours. So we can harvest a bigger haul. That gives us extra motivation,” explains Alexander Stehlig, Head of Operations FIA WEC. “The racetrack in
Portimão is physically demanding for the drivers, so it makes sense to compete with the same three-man crews that will contest the Le Mans event. We regard the WEC debut in Portugal as an early trial run for the endurance classic in France and we’re heading to the race weekend feeling very well prepared.”

Round two of the World Endurance Championship in Portugal is ideal for three drivers per vehicle. Given that the race runs over eight hours, all drivers get plenty of track time at the wheel of the Porsche 911 RSR. On June 13, the original date for the 24 Hours of Le Mans, the FIA WEC will be contested for the first time on the racetrack at Portugal’s Algarve. The 89th edition of the endurance classic in France on 21/22 August marks the fourth round of the WEC season.

In the No. 91 Porsche 911 RSR, the works team relies on regular drivers Gianmaria Bruni and Richard Lietz from Austria. The Frenchman Frédéric Makowiecki joins the two for the eight-hour race in Portugal. The works driver from Montpellier will also compete at Le Mans. His compatriot Kévin Estre and Neel Jani from Switzerland share driving duties in the No. 92 sister car with Denmark’s Michael Christensen. Estre and Jani won the GTE-Pro class at the opening round at Spa-Francorchamps and currently lead the world championship.

Dempsey-Proton Racing fields two Porsche 911 RSR at round two of the WEC season. Works driver Matt Campbell from Australia joins forces in the No. 77 car with the team owner Christian Ried (Germany) and the former Porsche Junior Jaxon Evans from New Zealand. Porsche Young Professional Julien Andlauer from France as well as Dominique Bastien from America and Germany’s Marco Seefried have been announced as the crew in the No. 88 sister car. The German customer team Project 1 campaigns the No. 56 Porsche 911 RSR with drivers Egidio Perfetti from Norway as well as the two Italians Matteo Cairoli and Riccardo Pera. The all-British driver crew Michael Wainwright, Ben Barker and Tom Gamble compete for GR Racing in the No. 86 car.

Internet coverage of the race

Richard Lietz (Porsche 911 RSR #91): “After achieving a mediocre result with our number 91 car at the season-opener in Spa-Francorchamps, we’re now determined to earn maximum points. The track promises a lot of action and poses special challenges to teams and drivers. The durability of the tyres over two stints will be particularly tricky, but I think we’re well prepared.”

Gianmaria Bruni (Porsche 911 RSR #91): “The anticipation for the first WEC race in Portimão is huge. I really like taking on the new challenge of a new circuit. Finding an ideal setup that offers maximum grip even in the dips and on the crests will be our top priority in Portugal. Our team is very experienced and we also know the racetrack from our tests there, among other things. After our sister car won the opening round of the season in Belgium, we’d now like to finish at the front with our number 91 car.”

Frédéric Makowiecki (Porsche 911 RSR #91): “It’s great that the WEC has included an eight-hour race on its calendar in the lead-up to the Le Mans highlight. This allows me to familiarise myself again with the Porsche 911 RSR and take in the team processes. The same applies to Michael in the sister car. I think that our car should be well suited to the special features of this racetrack. I’m heading to the race weekend feeling very excited and I’m thrilled that I can finally drive the fast GTE racer for Porsche again.”

Kévin Estre (Porsche 911 RSR #92): “Portimão is a really cool track. It’s a real rollercoaster circuit with some blind bends that add even more suspense. There are a lot of corner combinations. This means that almost all braking is done when we’re already turning into a corner. That tends to make the car pretty twitchy. We’ll opt for a special setup to ensure that our Porsche 911 RSR stays as stable as possible under braking. I’m feeling confident that we’ll be very competitive in Portugal.”

Neel Jani (Porsche 911 RSR #92): “I know the track layout from one of the initial tests we did there with the eventual Le Mans-winning Porsche 919 Hybrid. That was in 2013, so it’s a while ago. Back then, the asphalt was very uneven but a new surface was laid before the first Formula 1 event. So we’ll be less shaken up. The tyres will definitely be a major topic, especially in the last corner, which leads onto the start-finish straight where the loads on the wheels are extremely high.”

Michael Christensen (Porsche 911 RSR #92): “My last race in the Porsche 911 RSR was some time ago – at the final round of the 2020 season in Bahrain. We’ve done a few tests since then so I’ll immediately feel right at home in the car. The racetrack in Portugal is spectacular. Like Spa-Francorchamps, the undulating nature of the track makes it seem like a rollercoaster ride. It’s great fun and a big challenge for us drivers.”