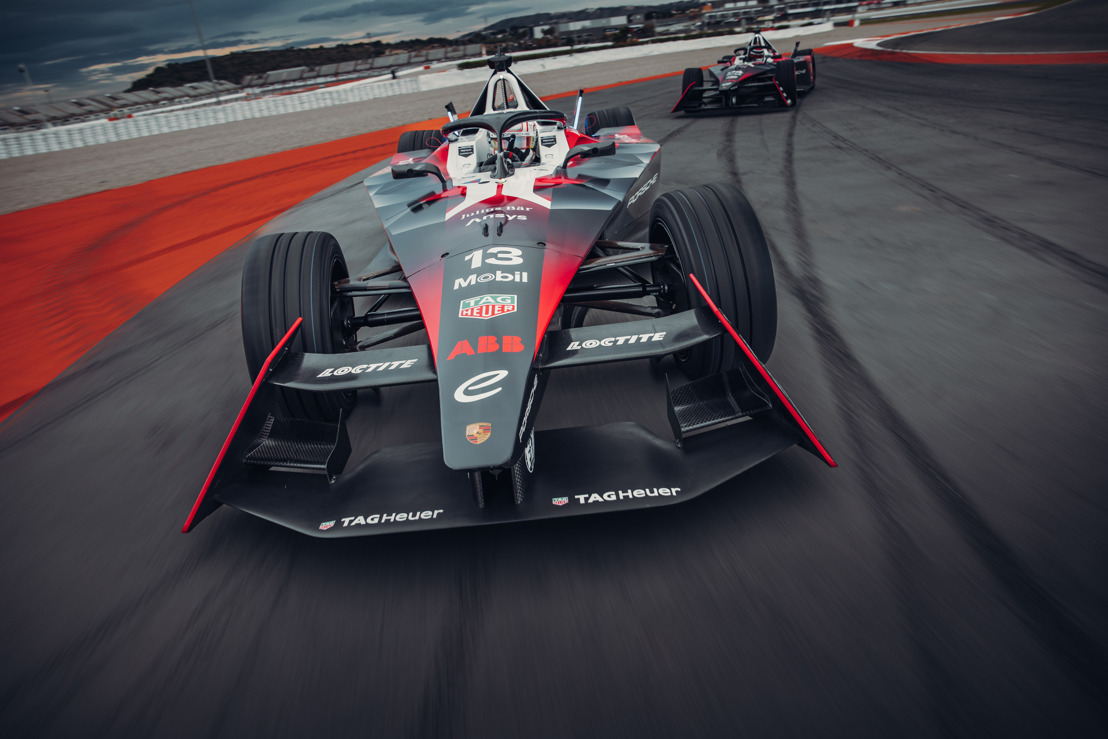 With the Mexico City E-Prix on 14 January, Porsche heads into season 9 of the ABB FIA Formula E World Championship fielding the new Porsche 99X Electric Gen3. The opening round at the Autodromo Hermanos Rodriguez in Mexico City marks a turning point for Formula E: the new third-generation (Gen3) cars make their debut in the innovative electric racing series and represent a significant step toward even greater efficiency and sustainability.

Stuttgart. At the start of the new season, the TAG Heuer Porsche Formula E Team returns to the venue of its greatest success. Last year, the squad achieved a brilliant one-two result on the demanding Grand Prix circuit, part of which runs through the legendary Foro Sol baseball stadium. Pascal Wehrlein (GER), who clinched pole position and Porsche’s maiden Formula E victory at that event, returns this season at the wheel of the #94 Porsche 99X Electric Gen3. His new teammate António Félix da Costa (POR), the 2019/2020 season Formula E champion, will contest his first race with the sports car manufacturer in the #13 car.

A total of four Porsche 99X Electric Gen3 will line up on the grid in the Autodromo Hermanos Rodriguez. Two of the Weissach-developed electric racers are fielded by the TAG Heuer Porsche Formula E Team factory squad, with the remaining two campaigned by Avalanche Andretti, who is determined to fight for victories and titles as Porsche’s first customer team. The permanent drivers of the US outfit founded by the motor racing icon Michael Andretti are Jake Dennis (GBR) and André Lotterer (GER).

The new Gen3 cars, which race for the first time at the Mexico City E-Prix, mark the beginning of a new era for Formula E. The Porsche 99X Electric Gen3 and its opponents are the fastest, lightest, most powerful and most efficient electric racing cars ever built. With all 11 Formula E teams starting the season more or less at the same technical level, Florian Modlinger, Director Factory Motorsport Formula E, expects exciting and fiercely contested races: “The cards in the world championship will be reshuffled with these cars.”

Q&A on the Mexico City E-Prix

How well prepared is Porsche as it heads to Mexico and how important is a successful start to the season?

“The preparation coming out of season 8 was very labour intensive. We had very little time to get familiar with our new car and refine it on the racetrack. At the end of the day, we’re satisfied with the development and we’re feeling well-prepared for Mexico. We won’t know where we stand in terms of performance until after the qualifying session. The better start you get to the season, the greater the chance of gaining positive momentum and riding the emotional wave that propels you to more successes.”

Last year, Porsche celebrated its first Formula E victory in Mexico. What does this mean for the team – more pressure or more confidence?

“With the one-two result, the team underlined what it’s capable of. We need to show more consistency with our performance in the future. We’re heading to Mexico feeling confident and optimistic. We are determined to win again this season and fight to the very end for the world championship title.”

How excited are you to start the season after a long break and how do you rate the team after the final tests in Valencia?

“I’m really looking forward to racing again and being able to pit ourselves against the other teams. Our new car has a lot of potential. We’re still at the very beginning. We faced a lot of challenges at the Valencia tests because a lot of the Gen3 car is new, such as its second powertrain. Plus, we have a new tyre manufacturer. But at the same time, this gives us a lot of opportunities to improve. I expect we’ll make great headway as the season progresses.”

How are things going with your new teammate António Félix da Costa?

“We have a great relationship. We’ve known each other for ages because we raced against each other in Formula 3 and the DTM. I’m thrilled to have him as my teammate. It’s great working with him. He is the most experienced driver in Formula E. Together, we will make every effort to advance the team.”

Ahead of your first race for Porsche, how does the new 99X Electric Gen3 feel and how confident are you about this debut?

“It has always been my dream to race for Porsche. I enjoy the anticipation in the lead-up to the season and I’m super excited. There can only be one goal with this brand - to win races. I’m feeling relaxed about my premiere with Porsche in Mexico. What matters is how we finish the season, not how we start it. I’m happy with my new car. I think we’ll definitely be competitive with it.”

With 96 Formula E races under your belt, you’re one of the most experienced drivers in the field. How can your wealth of experience help the team?

“That will just happen naturally. I’ve been with Formula E since the very first race. I’ll lay all of my experience on the table and let the team decide what to do with it. We have a great team of engineers and every chance to work our way to the top. It all depends on how we use those opportunities. My goal as a driver is clear - I want to win races and the championship. I can’t say where we stand at the moment, but that’s our goal.”

The Autodromo Hermanos Rodriguez in Mexico City was built in honour of the Mexican racing legends Pedro and Ricardo Rodriguez. The season-opening Formula E race will be contested on a shortened 2.628-kilometre version of the Grand Prix circuit. At an altitude of 2.285 metres, it is the highest and one of the fastest racetracks on the Formula E calendar. With a new chicane at the end of the back straight, the unique infield section running through the Foro Sol baseball stadium is particularly demanding. The racetrack features 19 turns. With grandstand capacity of 40,000, the avid fans create a thrilling atmosphere.

The worldwide broadcasting schedule of the Formula E event in Mexico City is available at: https://www.fiaformulae.com/watch/ways-to-watch.

The first photos from Mexico City will be available on the Porsche press database on 13 January EST. The report from race 1 follows on 14 January EST. Further information about the TAG Heuer Porsche Formula E Team will be posted live on the Twitter channel @PorscheFormulaE. All relevant information about the team, the drivers and the racing series can be found in the Porsche Formula E Media Guide at https://media.porsche.com/formula-e. The content will be regularly updated throughout the season and expanded with additional interactive material.

Porsche contests season 9 of the ABB FIA Formula E World Championship with the Porsche 99X Electric Gen3. The new electric racing car featuring the Porsche E-Performance Powertrain – which was developed in Weissach for the third generation vehicle in the innovative electric racing series – also serves as a development platform for the sports car manufacturer’s fully-electric production models. Energy management and efficiency are important factors for success in Formula E and in Porsche’s all-electric production cars. The maximum output of the Porsche 99X Electric Gen3 is 350 kW (476 PS), which is 100 kW more than the predecessor generation (Gen2). At least 40 percent of the energy used is recuperated via regenerative braking.

Porsche is committed to Formula E safety: With the all-electric Taycan Turbo S, Porsche again supplies the official safety car this season – thus underlining the importance of Formula E for Porsche Motorsport. Thanks to its driveability and safety as well as an output of up to 560 kW (761 PS), the top model in the Taycan range is the ideal choice as a safety car in the world’s first electric racing series. The striking paintwork incorporates the colours of all eleven competing teams as well as those of the FIA and Formula E. The design symbolises the joint commitment to the future of all-electric motor racing as well as social values such as diversity and community.

Formula E is the world’s first fully-electric racing series bringing thrilling motorsport to people living in major cities since 2014. As an accelerator for innovative and sustainable mobility technologies, it promotes the worldwide acceptance of electric vehicles. Eleven teams tackle the 2022/2023 season with 22 drivers. This guarantees interesting and fiercely competitive races. The TAG Heuer Porsche Formula E Team contests its fourth season of the innovative electric racing series with the Porsche 99X Electric Gen3.