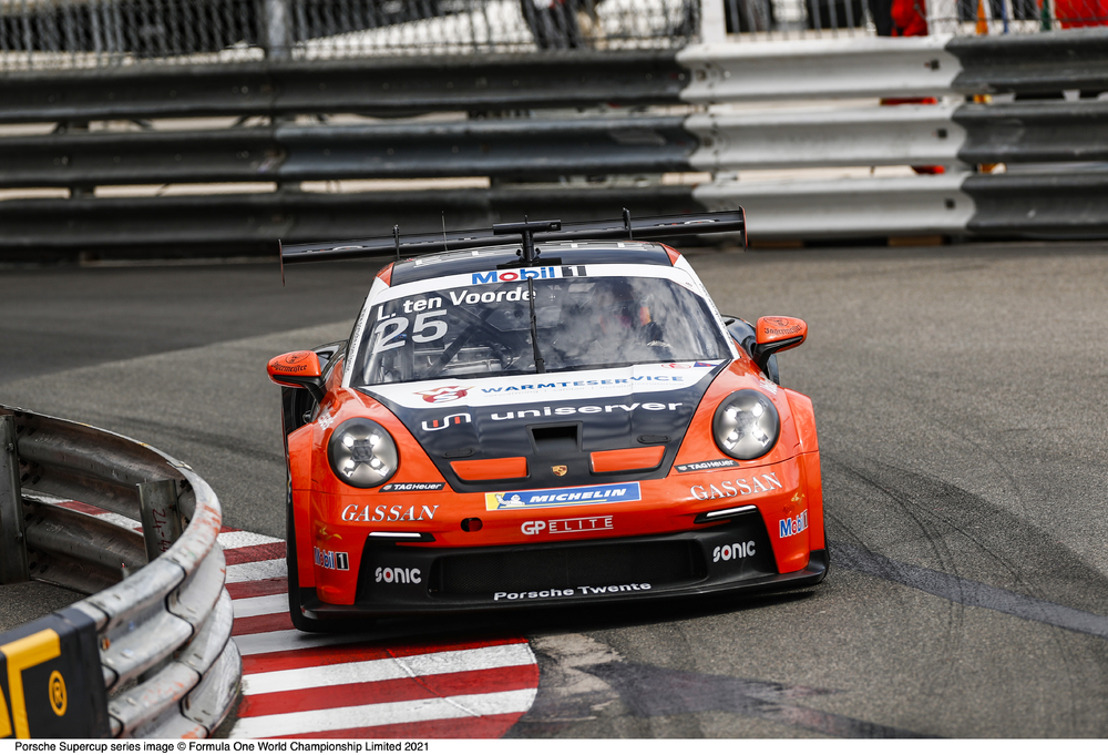 Michael Steiner, Member of the Executive Board for Research and Development at Dr. Ing. h.c F. Porsche AG, comments: “One-make series with the Porsche 911 GT3 Cup have formed the basis of our customer sport for decades. In the current season, there are a total of 29 series on national level. Additionally, there’s the international Porsche Mobil 1 Supercup at the pinnacle. It’s considered to be one of the toughest racing series where the driver counts above all else. There’s a good reason that the Supercup has proven itself to be an excellent training platform for the Porsche Junior Programme. Many Porsche works drivers, world endurance champions and Le Mans winners have emerged from this. With its 300th race, the Supercup cements its position as one of the longest-lasting one-make cups in the world.”

The very first race of the championship on April 25, 1993, then known as the Porsche Supercup, thrilled Formula 1 fans as part of the San Marino Grand Prix support programme. Germany’s Uwe Alzen crossed the finish line in first place at Imola. Since then, the Cup nine-eleven has made guest appearances on a total of 22 different tracks in 16 countries, covering around 1.4 million kilometres at racing pace. The record champion is Patrick Huisman, the Dutchman won the Supercup title four years in a row in 1997, 1998, 1999 and 2000.

The Grand Prix circuit at Spa-Francorchamps is one of the most popular venues on the Supercup calendar. The different generations of the Porsche 911 GT3 Cup have competed there 28 times. The racetrack, which is dubbed the “Ardennes rollercoaster” for good reason, has more than once played a special role in the 28-year history of the Supercup. In 2001, a total of 50 Cup nine-elevens competed against each other at a joint event with the Porsche Supercup and the Porsche Carrera Cup Deutschland. Back then, the Frenchman Stéphane Ortelli won ahead of Germany’s Marc Lieb, who later became a Porsche works driver and is now Team Leader Sports Communication at Porsche.

In 2015, Hollywood star Patrick Dempsey (“Grey’s Anatomy”) made a guest appearance at Spa-Francorchamps. The American was one of over 200 drivers to compete in the various VIP nine-elevens, in which celebrities from show business as well as champions from Formula 1, rallying and motorcycle racing got a taste of the Supercup action. In 2016, a young Dutchman in the Porsche Mobil 1 Supercup attracted attention for the first time on the tradition-steeped Belgian racetrack. Larry ten Voorde will next weekend compete as the reigning champion and current points’ leader.

“This unique combination of ambitious young drivers, experienced VIP guest drivers and enthusiastic ProAms has been one of the secrets to the Supercup’s success since 1993. We can also be proud of the fact that the best teams from the national Porsche Carrera Cups line up on the grid in the Supercup. In the current season, too, this mix ensures a high level of professionalism and exciting races, but at the same time creates an incomparably friendly atmosphere in the pits and in the paddock,” highlights Oliver Schwab, Project Manager Porsche Mobil 1 Supercup.

Round five of the Porsche Mobil 1 Supercup gets underway on Sunday, 29 August 2021, at 12:05 pm CEST. The TV channels Eurosport and Sky Sport and the streaming service f1tv.formula1.com provide a live broadcast. Fans can also follow the Porsche Mobil 1 Supercup action with the Porsche 911 GT3 Cup at any time on the social networks Twitter (@PorscheSupercup / @PorscheRaces), Instagram (@PorscheSupercup) and Facebook (@PorscheSupercup). Full results and the overall championship standings can be found on the following link: https://motorsports.porsche.com/usa/en/article/2021/03/12/pmsc-2021-results

Porsche Mobil 1 Supercup relies on Esso Renewable Racing Fuel
Porsche and ExxonMobil are implementing a two-stage strategy in the introduction of renewable fuels in the Porsche Mobil 1 Supercup. This season, the racing vehicles will be powered by a blend of bio-based fuel. This advanced biofuel is obtained from food waste products. Additional components are blended in to enable the required fuel properties and combustion behaviour. In 2022, the next step will be to introduce synthetically manufactured eFuel. This Esso Renewable Racing Fuel is anticipated to reduce greenhouse gas emissions by up to 85 per cent, when blended to current market fuel standards for today’s passenger vehicles (1). The partnership between Porsche and ExxonMobil aims to gain valuable experiences to find pathways toward potential future consumer adoption.

(1) The GHG emissions reduction stated here relates to the comparison of the calculated carbon footprint of product (CFP) for the renewable components in the PMSC race fuel versus a 94 grams CO2e/MJ of EU Renewable Energy Directive II baseline comparator. Emissions reduction of up to 85% from renewable components vs. conventional are based on carbon footprint of product calculations conducted under ISO 14067 methodology, effectively referenced as a well-to-wheels boundary, taking into account the feedstock, production, transportation, and combustion related emissions to manufacture the blend of renewable components mentioned here. A functional unit of 1 MJ of fuels was used for the comparison.