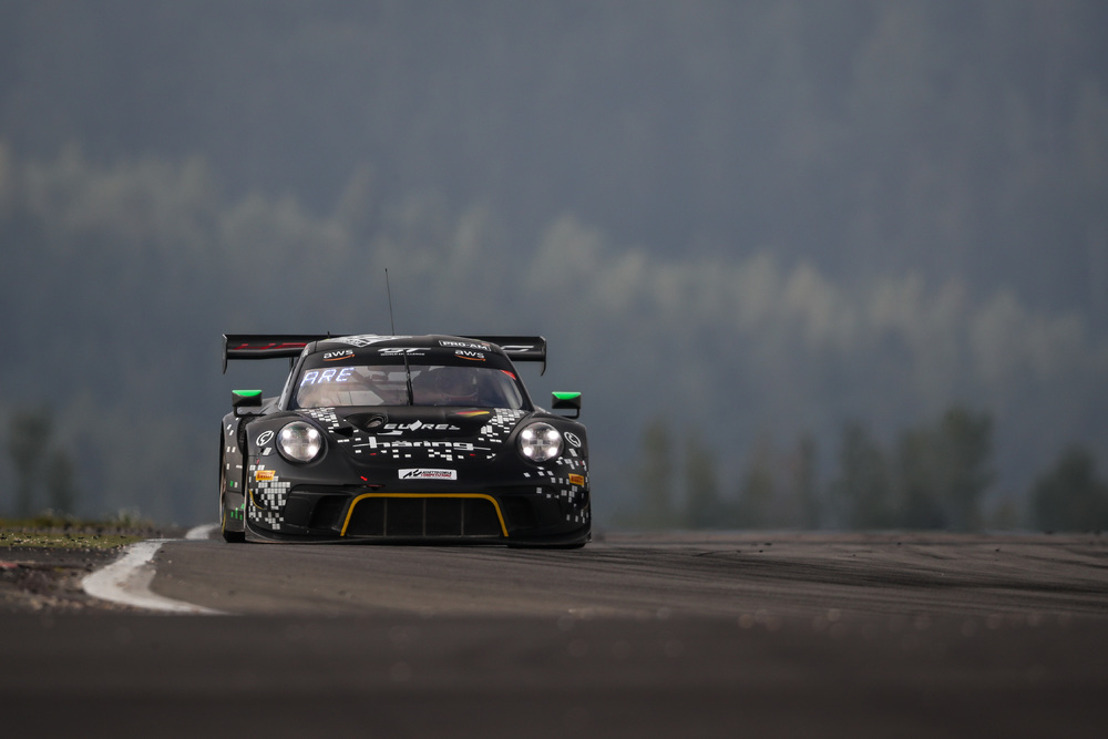 Porsche and its experienced customer teams contest the 24 Hours of Spa-Francorchamps with a large contingent. A total of eleven 911 GT3 R will fight for the prestigious overall victory on the challenging “Ardennes rollercoaster”. This makes Porsche the most strongly represented manufacturer at the tradition-steeped event in Belgium. The endurance classic is renowned as the world’s greatest GT3 race and counts towards two of this season’s championships: the GT World Challenge Europe Endurance Cup and the Intercontinental GT Challenge (IGTC). Dinamic Motorsport, GPX Racing, Herberth Motorsport, KCMG as well as Rowe Racing each field a pair of Weissach-developed GT3 racing cars, with Frikadelli Racing campaigning one. Porsche brand ambassador Timo Bernhard is one of the driver crew in Frikadelli’s GT3 R. Porsche supports its partners with engineers, consultants and a dozen works drivers plus two Young Professionals. Due to the Coronavirus pandemic, the 24-hour race is contested three months later than originally planned and without spectators at the track.

The race
The Circuit de Spa-Francorchamps is located in the far east of Belgium close to the German border. Opened in 1921, the 7.004-kilometre racetrack features 21 corners and undulates through the Walloon countryside – thus it has been dubbed the “Ardennes rollercoaster”. Fast passages like Raidillon/Eau Rouge and Blanchimont are as notoriously famous as the La Source hairpin at the end of the start-finish straight. The inaugural 24 Hours of Spa-Francorchamps was held in 1924, at that time on a 14.863-kilometre course between the towns of Malmedy, Francorchamps and Stavelot. In 1979, the race was held for the first time on the then new Formula 1 circuit. Porsche has celebrated seven overall victories in the long and illustrious history of the endurance classic for GT vehicles. Last year’s winner was the 911 GT3 R fielded by GPX Racing with works drivers Michael Christensen (Denmark), Kévin Estre (France) and Richard Lietz (Austria) at the wheel.

An overview of the Porsche teams and drivers
Eleven Porsche 911 GT3 R, six customer teams and a total of 36 racing drivers: This is by now the largest line-up of the Stuttgart sports car manufacturer at the 24-hour race in the Ardennes. Six vehicles can earn points towards the manufacturer’s classification in the IGTC: In addition to Frikadelli Racing’s No. 22 car, a nine-eleven from Dinamic Motorsport (#56), GPX Racing (#12), Herberth Motorsport (#991), KCMG (#47) and Rowe Racing (#98) are among the nominated racing cars. At the event in Spa-Francorchamps, the vehicles and their crews will receive points for the IGTC and the GT World Challenge Europe Endurance Cup after six, twelve and 24 hours.

Live streaming of the event
The 24 Hours of Spa-Francorchamps takes off on 24 October at 3.30 pm. The classic can be viewed for free via live streaming on www.intercontinentalgtchallenge.com.

Comments before the race
Sebastian Golz (Project Manager Porsche 911 GT3 R): “2020 – a year where everything is different. And the 24 Hours of Spa-Francorchamps is no exception. Because of the postponement to late autumn, we must expect very different conditions. The temperatures can plummet to low one-digit figures, especially at night, and we have to be ready for everything from rain to fog to sun. As such, the main challenge will be to get through the night safely. We have eleven 911 GT3 R, six experienced teams and 36 ambitious drivers, who will do their absolute utmost to help us defend the trophy.”

Mathieu Jaminet (GPX Racing, Porsche 911 GT3 R #12): “After clocking the best time in the pre-test, I’m hoping for a successful race weekend. The GPX Racing squad travels to Belgium well prepared and highly motivated. We’re aiming for the podium and victory. Plus, it’s important to earn as many points as possible towards the championship standings. We’re anticipating a tough race with challenging conditions, but we’re ready and we’ll fight really hard.”

Timo Bernhard (Frikadelli Racing Team, Porsche 911 GT3 R #22): “It wasn’t planned that I’d contest this year’s 24-hour race at Spa. But when Porsche asked whether I could help out again, I immediately said yes. At Porsche, we stick together and support one another. This is what defines our team spirit. The endurance classic in Belgium looks back on a long tradition and is one of the toughest races I know. But with such a great driver line-up and a top team like Frikadelli Racing, the event will be huge fun.”

Thomas Preining (GPX Racing, Porsche 911 GT3 R #40): “Spa-Francorchamps is the last major race of the year for me and I’m super excited for it. At the pre-test, we saw that our two 911 racers are very competitive. What’s more, I have extremely strong teammates at GPX Racing. Over the course of the season, I’ve developed a close friendship with them and the team. We get on well and enjoy working together.”

Kévin Estre (KCMG, Porsche 911 GT3 R #47): “I’m delighted to return to Spa-Francorchamps after winning there last year: We have the same crew as last year: I’m again sharing the cockpit with Michael Christensen and Richard Lietz – but this time for the KCMG team. The conditions during the night in July 2019 with heavy rain were very difficult and the race was red-flagged for a long time in the early morning. This time the risk of capricious weather conditions seems to be even greater.”

Sven Müller (Dinamic Motorsport, Porsche 911 GT3 R #54): “After Matteo Cairoli, Christian Engelhart and I managed to win the previous race at Nürburgring in the Dinamic-Porsche, we’d like to bring home the next victory. I think it’s possible because our 911 GT3 R performed extremely well in the pre-test. It felt good in both dry and wet conditions.”

Laurens Vanthoor (Rowe Racing, Porsche 911 GT3 R #98): “I think we have a dream driver line-up. Nick Tandy and Earl Bamber are very quick and the three of us know each other really well. Still, we haven’t worked with Rowe Racing this year, but we reckon we have good chances and will do everything we can.”

Dirk Werner (Rowe Racing, Porsche 911 GT3 R #99): “The 24-hour race in Spa throws another huge challenge at us. The weather, the big field and the level of competition are guaranteed to create some thrilling racing. I’m looking forward to the racetrack because it’s huge fun to drive there.”