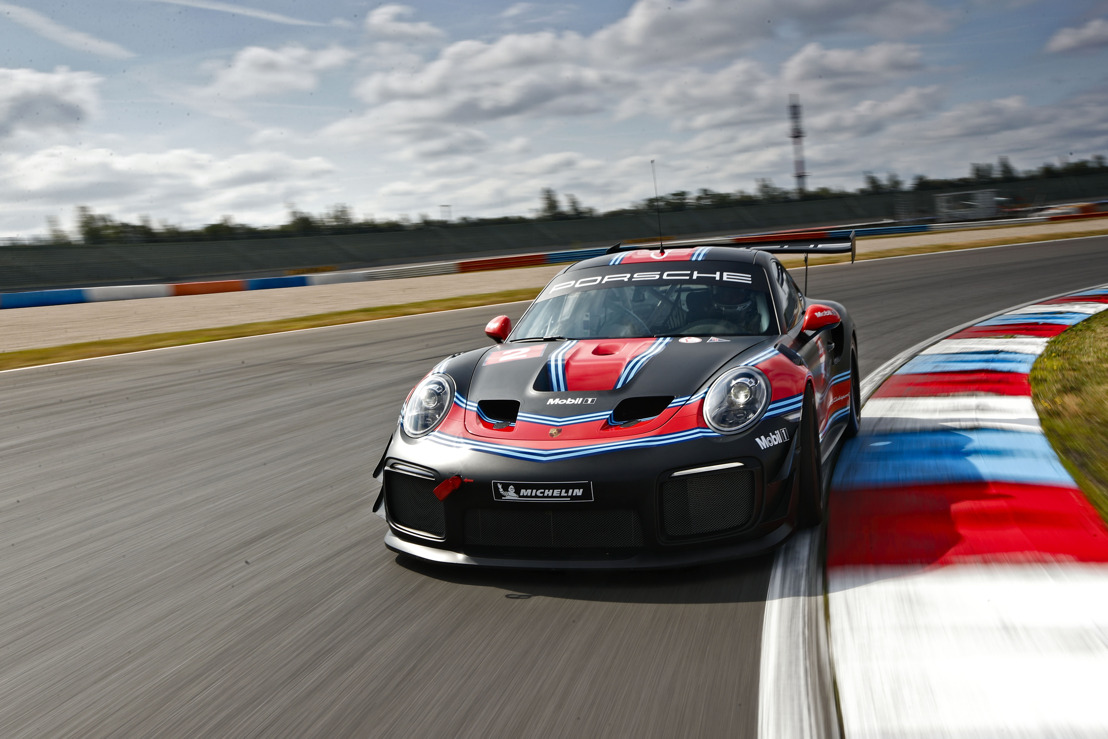 Wednesday, July 24, 2019 — Two special GT2 models will make their debut on the occasion of the 24 Hours of Spa (25 to 28 July). In the 700 hp Porsche 911 GT2 RS Clubsport and Porsche 935, ambitious private drivers will go head-to-head. The 17-strong international field will contest a 30-minute race on both Friday and Saturday. Several well-known drivers line up on the 7.004-kilometre Ardennes rollercoaster circuit: FIA-WEC drivers Christian Ried (D) and Egidio Perfetti (N) celebrate their GT2 debut along with the American driver James Sofronas, who contests the 2019 Blancpain GT World Challenge America, as well as the two Creventic 24h Series drivers Steffen Görig (D) and Mark Ineichen (CH). The six-time Olympic gold medallist in track cycling, Chris Hoy (GB), will also take the wheel of a GT2 vehicle.

The “Porsche Motorsport GT2 Supersportscar Weekend” is a one-off event. “The Spa 24-hour race is the perfect stage for the race debut of these spectacular GT2 models. Both vehicles can be fielded at Clubsport level and at selected motorsport events. We’re currently involved in fruitful discussions for the coming year,” says Fritz Enzinger, Vice President Porsche Motorsport. At Spa, customer teams will campaign the GT2 vehicles, with the list including Manthey-Racing, Herberth Motorsport, Frikadelli Racing Team, Iron Force Racing and Motopark.

“We’re delighted that fans get to witness great drivers, professional teams and two incredibly spectacular vehicle types on the racetrack. This GT2 event, run exclusively with Porsche models, is the perfect chance for us to showcase just how competitive our clubsport vehicles are,” explains Oliver Köppen, Manager Sales Europe South at Porsche Motorsport and Porsche Project Manager of the Porsche Motorsport GT2 Supersportscar Weekend. Lining up alongside the Porsche 911 GT2 RS Clubsport on the grid are three models of the new limited edition Porsche 935.

Porsche unveiled the new Porsche 935 in autumn 2018 on the occasion of the Rennsport Reunion VI at the Laguna Seca Raceway (USA). The 515 KW (700 hp) racer featuring a body reminiscent of the legendary Porsche 935/78 will be produced in a small run of just 77 units. The spectacular cutting-edge aerodynamics is a completely new development and pays tribute to the Porsche 935/78 Le Mans race car, which fans dubbed “Moby Dick” due to its elongated shape, massive fairings and white base colour. The racing car’s technology is also based on the 911 GT2 RS high performance sports car.

The Porsche 911 GT2 RS Clubsport celebrated its world premiere at the Los Angeles Auto Show on November 28, 2018. The 515 KW (700 hp) racing version of the road-legal 911 GT2 RS* sports car is limited to 200 units. The technology of the most powerful car from Weissach is also based on the high performance 911 GT2 RS sports cars. The racing car shares the same powerplant as its road-going cousin: a state-of-the-art 3.8-litre six-cylinder twin-turbo-charged boxer engine.